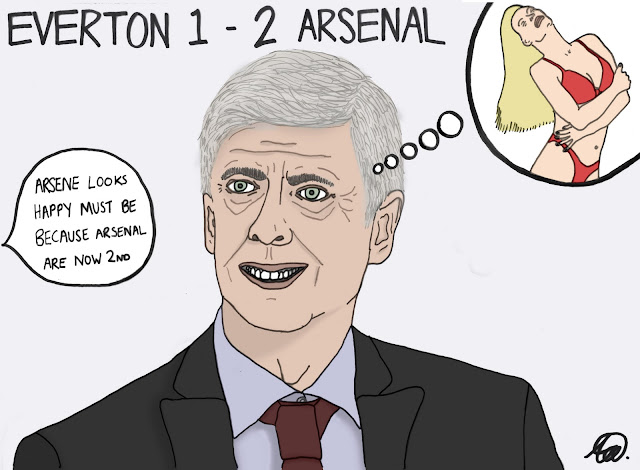 Arsenal’s victory over Everton on Sunday saw them leapfrog Manchester United into second place in the Premier League and narrowed the gap between them and leaders Chelsea to just two points.

With Chelsea’s aura of invincibility beginning to wane following a home defeat against Sunderland and being turned over by Liverpool, many have stated their belief that Arsenal can mount a serious challenge for the title this season.

Following the victory at Goodison park Arsene Wenger said ‘three important points came as the result of great spirit and great resilience, as well as style’ and that ‘you need those qualities to win a title’.

He added: “I feel the performance today has shown I have something that is not only quality football, but we have spirit – fighting spirit.”

Arsenal’s Premiership challenge fell short last season finishing eleven points behind the eventual Champions Chlesea, adding yet another year for the club without any trophies.

Arsenal may be on a barren run in terms of winning silverware over the last few years, but at least their manager isn’t short on conquests at the grand old age of 61.

The Sun has reported that he has been having a secret affair with Sonia Tatar, a 39-year-old French rapper he met in a Paris restaurant two years ago.

Whilst accusations of extra marital affairs had negative repercussions for Wayne Rooney they don’t appear to have caused Arsene Wenger any great difficulty.