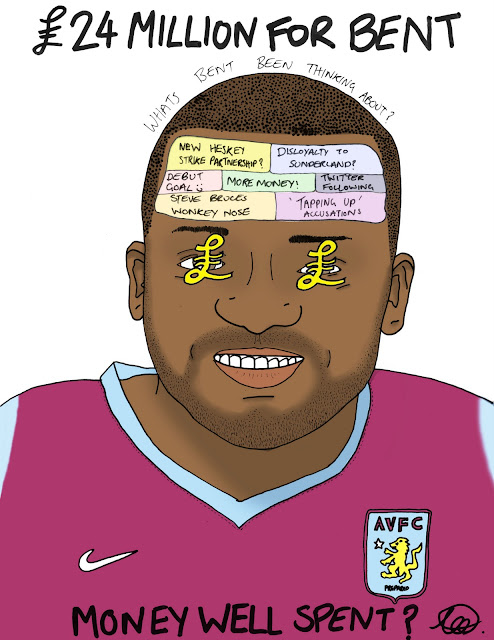 Villa saw early returns on their investment in new signing Darren Bent, when he scored the deciding goal in their game against Manchester City this weekend.

Following the victory Gerard Houllier was quick to praise the ex-Sunderland man stating he has the potential to be a world class player.

The Villa boss said ‘Every player has a level. Sometimes it is Premier League level, then you have international level and above that you have the world-class level.’

‘I would say at the moment the target for Darren is for him to reach the international level on a regular basis and then from there try to step up to world class.’

There has been intense debate as to whether Bent is worth the £24 million that Villa had to part with to secure his striking services.

Many have pointed to the England internationals goal scoring record of 82 Premier League goals that puts him amongst the highest scoring strikers in the division to justify his price tag.

Villa defender James Collins has stated his belief that Bent’s goals will send the club up the league table and away from the relegation places that they currently hover above.

Collins said ‘It is great for the players to see someone of Darren’s quality coming into Villa and it does show the intent of the club.’

‘He has given a lift to the players, the staff and the fans.’

‘It is not being disrespectful to anyone but we haven’t scored enough goals this season as well as conceding too many.’

‘Darren has scored goals where ever he has been and I’m sure he will get a lot of Villa because we do create chances.’