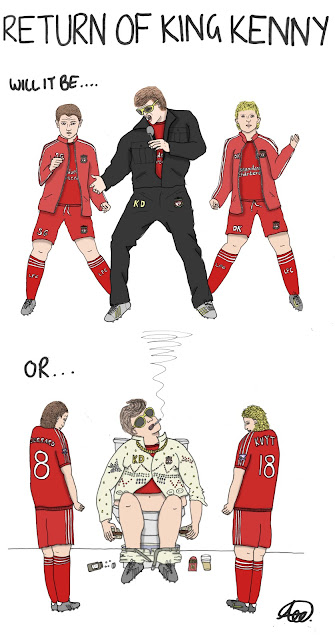 Dalglish’s second spell in charge at Anfield is due to run only until the end of the season.

Speaking about newly appointed King Kenny, Werner said ‘I think he’s the right man for the job. Is there a scenario where he could get the job full time? Sure.’

We have witnessed Premiership comeback specials in the past and they have usually been underwhelming and short-lived.

Kevin Keegan only managed 232 days in his second spell as Newcastle manager in which he was dubbed the ‘Geordie Messiah’.

Another returning legend was Alan Shearer who was brought in by Newcastle an attempt to try and steer the club clear from relegation in 2009, despite the ex-England captain having no managerial experience.

Liverpool have followed the Newcastle manager selection template by appointing a terrace hero in the hope it will turn the clubs fortunes around.

So far the euphoria that surrounded King Kenny’s appointment has not yet translated into an upturn in results on the pitch, with the record after three games in charge being two defeats and a draw.

The momentum that Liverpool were expected to pick up following the second coming of Kenny Dalglish has yet to materialise, but it is still early days.

Does King Kenny have a long a bright future ahead of him as Liverpool manager?