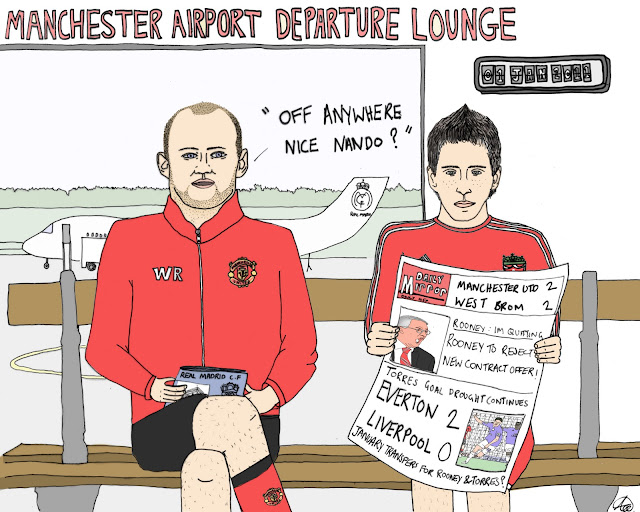 This season Wayne Rooneyand Fernando Torres have undergone a transformation from being forwards who strike fear into the hearts of opposition defence, to misfiring flops that defences relish playing against.

Both players look like a shadows of their former selves and there has yet to be any sign of a glimmer of light at the end of the tunnel.

Some thought Liverpool’s change of ownership might resurrect the Torres of old, but the Torres who took to the field against Everton on Sunday was a far cry from the player who took Premier League by storm just a short few years back.

It is now becoming increasingly evident that all is not well for Rooney at Old Trafford, with his relationship with Sir Alex seemingly on the rocks.

Though he is solely responsible for the misdemeanors in his private life, the intense glare and magnifying effect of the British media can be adjudged to have had a negative effect on his psychological state of mind and his form on the pitch.

With every passing match the confidence issues and pressure continues to mount for both players.