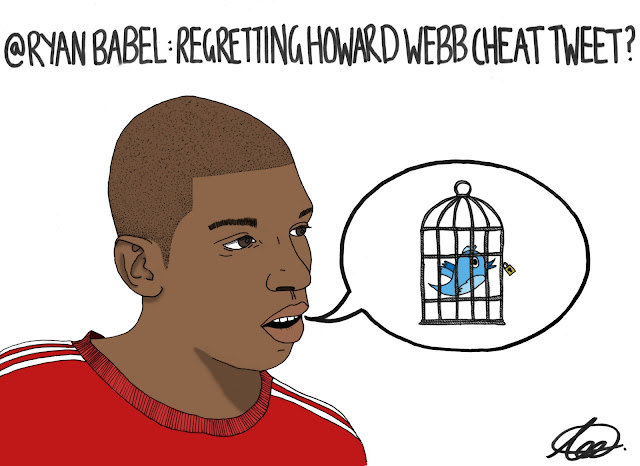 Ryan Babel’s cyber activity has landed him in trouble with the police.

Don’t worry, he hasn’t gone all Gary Glitter on us.

The Liverpool striker has joked that he has been sent to ‘Twitter Jail’ by the ‘Twitter Police’ after his recent online outburst criticising referee Howard Webb.

He has since ceased all twitter activity, depriving the world of his insights and Run-D.M.C. quotes.

The FA has confirmed that they will be investigating the outburst which could lead to him being charged with improper conduct and banned.

This is not the first time that his twitter activity has landed him in bother.

He complained on Twitter about being left out of the side and then had to apologize to his ex-boss Rafa Benitez.

Babel is believed to be the first player charged with improper conduct relating to a post on the social networking site.

Professional Footballers’ Association head Gordon Taylor has defended the player asking “Where’s our sense of humour gone in our game?”

Are the FA overstepping the mark on this occasion?