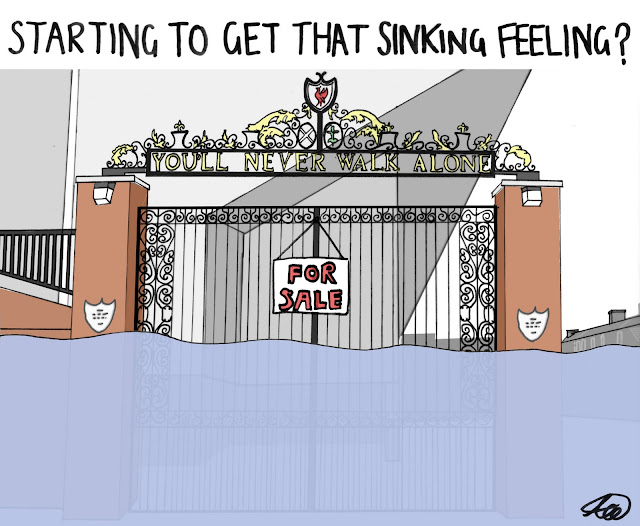 Roy Hodgson was quick to take responsibility for the result stating “The fans are entitled to take out their frustrations, lots of things have happened to frustrate them and I’m the one responsible because I’m the team manager. When the team does badly criticism will fall my way and I have to accept it.”

The Liverpool boss was quizzed about his thoughts as his team dropped into the bottom three. He said “My concerns aren’t about relegation. They are about making us play to our full potential. We are only doing it in periods and not from the first to the 90th minute.”

Talk of relegation is perhaps a bit premature, though we have seen what can potentially happen to big clubs under the right set of unfortunate circumstances when Leeds United plummeted from the Premiership to League One in a matter of seasons.

Liverpool are entering a perfect storm in which distracting off the pitch financial problems are coupled with uninspiring performances on the pitch, with Hodgson at the helm.

Can they endure it?