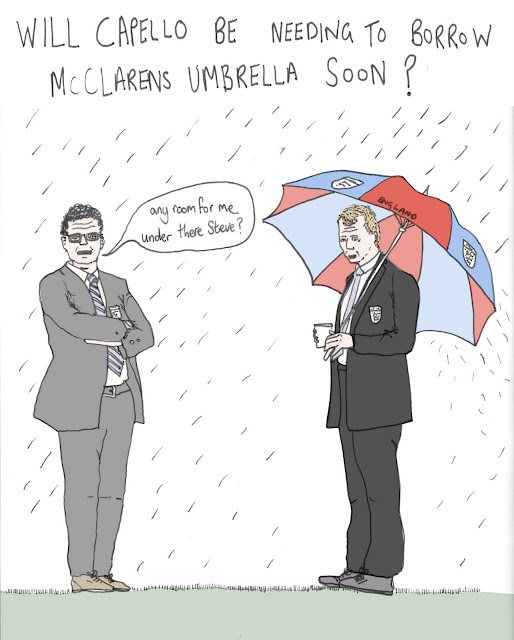 Capello summed it up his England predicament perfectly with the words: “When you win, you’re the best. When you lose, you’re the worst”.

This statement certainly holds true for Capello, as everybody sang his praises when England walked through World Cup qualification under his stewardship.

Following Sven and Steve McClaren’s leniency, his disciplinarian management style was seen as exactly what was needed to get England’s golden generation to really shine.

However there has been a drastic change of opinion following England’s World Cup flop and confidence in Capello has hit an all time low.

If England are able to convincingly win their two upcoming Euro qualifiers against Bulgaria and Switzerland then the healing process start can begin after the massive disappointment suffered in South Africa.

Anything other than two victories could spell disaster for Capello and the scrutiny he will be under will be more intense than ever.

After receiving a roasting in the media for some of his recent errors of judgment and with The Sun keeping its tradition of gleefully ripping England managers to pieces, Capello will want to use these two games as a way to answer his critics and prove he is still committed to the job.

The England manager job managed to make a fool out of Steve McClaren and Capello will be hoping he isn’t heading down the same road!