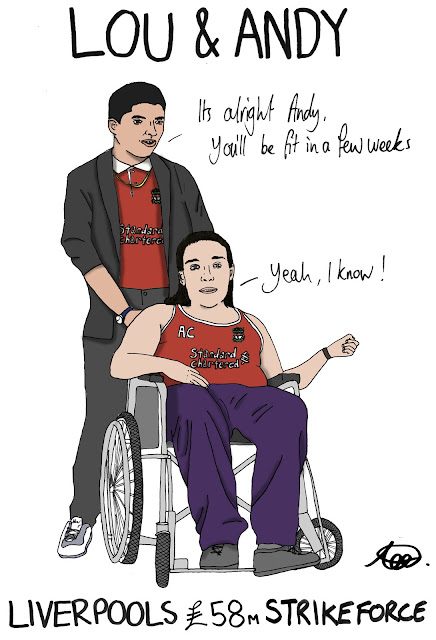 Kenny Dalglish has stated that new signings Luis Suarez and Andy Carroll will have to work to earn their place in the Liverpool starting lineup following his team’s victory over Chelsea this weekend.

Suarez was on the bench for yesterdays game whilst it will be a few weeks until £35million Carroll makes his Liverpool debut.

Speaking about his new strikers Dalglish said ‘We’ve signed two fantastic players in Luis Suarez and Andy Carroll, and we are looking forward to seeing them coming back to play, if they can get in the team.’

‘The way the boys played today, it won’t be too easy for them. We’re delighted. It was a busy day on Monday, but I’m really looking forward to the rest of the season. It’s been a great week.’

The Liverpool boss was full of praise for the match winning goal scorer Raul Miereles who has racked up four goals in his last five games.

‘Raul Meireles is in a real rich vein of form at the moment’, said Dalglish. ‘The wee man gets up in support in the box, has great technique.’

‘He’s been fantastic since I came in. As a reward for all his hard work and ability, he’s also scored a few goals.’

Liverpool have had an upturn in results following Kenny’s appointment as manager with four clean sheets and 12 points in the last four games, which has bought them up to sixth place in the league.

‘If you win games, you get points, you move up the table,’ said the Scot. ‘As long as we continue to do that, keep our feet on the ground. We’ve had our reward with four on the spin, and we’ve got next Saturday to look forward to against Wigan.’

‘It’s repetitive, but in my footballing life I was only ever told to look after the next game. At the end of the season, we’ll add the points up. Sixth is a lot healthier than 12th when we started. That’s credit to the players.’