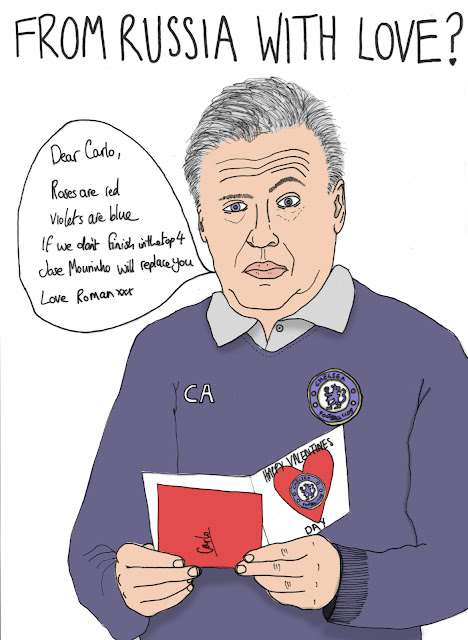 Having conceded that Chelsea are no longer realistic title contenders, Carlo Ancelotti has set his sights upon securing a top four finish in the Premiership as well as FA  Cup and Champions League glory to salvage his team’s season.

Chelsea have slipped down to fifth in the league and face an intense battle with Tottenham to finish in the top four to qualify for the Champions League.

Speaking about his teams targets for the season the Chelsea boss stated ‘For us the most important step now is to reach fourth place because we know we have to fight with other teams.’

Some have suggested that Ancelotti could be in danger of losing his job if results don’t improve, given Roman Abramovich’s lack of tolerance for failure.

Fans of football betting may wish to have a quick flutter as Ancelloti is one of the favourites to get to boot as the season draws to an end.

A recent interview with Jose Mourinho has even sparked talk of the unlikely return of the Special One to Stamford Bridge.

Is Carlo still the man for the job at Chelsea?