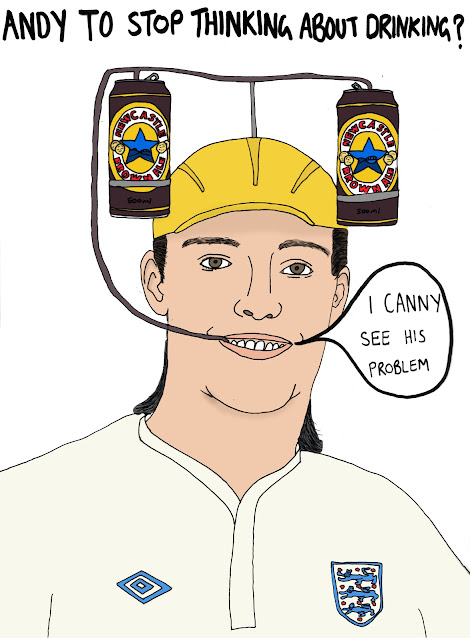 Andy Carroll bagged his first international goal for England this week, but Fabio Capello has stated there is still room for improvement for the Liverpool star.

Following Englands draw against Ghana on Tuesday Capello said ‘He scored a good goal but he needs to improve.’

‘He’s not the same Carroll I remember, he needs games. I hope he’ll be back to his best for Switzerland in June.’

Before the game England boss revealed that he had spoken to Carroll about the need for him to reduce his alcohol intake and concentrate only on scoring goals instead of downing pints.

‘When you play with the England national team, at every moment you are the focus of the fans, the newspapers, the photographers, the people that live around him.’

‘I spoke with him privately. I think not only Andy likes to drink beer. Not only Andy. He needs to improve, to drink less.’

The Liverpool striker developed a reputation for clubbing and hanging out with the lads during his Newcastle days, but since coming to Anfield the only night out he’s been seen on is attending a Boyzone concert with Kenny Dalglish.