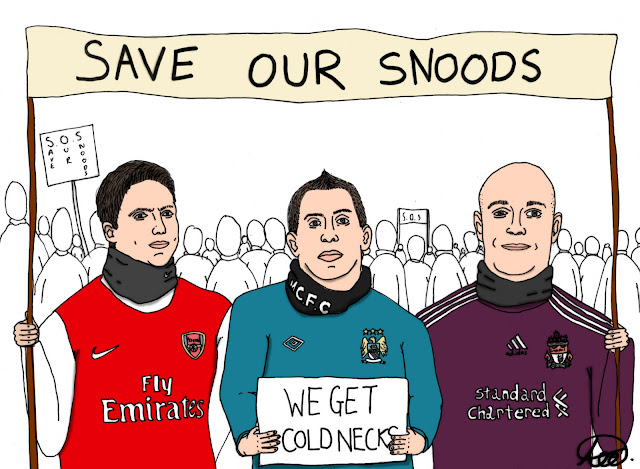 FIFA president Sepp Blatter said snoods were a “dangerous” safety risk and could ‘hang somebody’.

After the International Football Association Board meeting, Blatter stressed ‘there was not even a discussion about the matter.’

Snoods have been popular with Manchester City players Tevez, David Silva and Mario Balotelli, plus Arsenal’s Samir Nasri and Marouane Chamakh, among others.