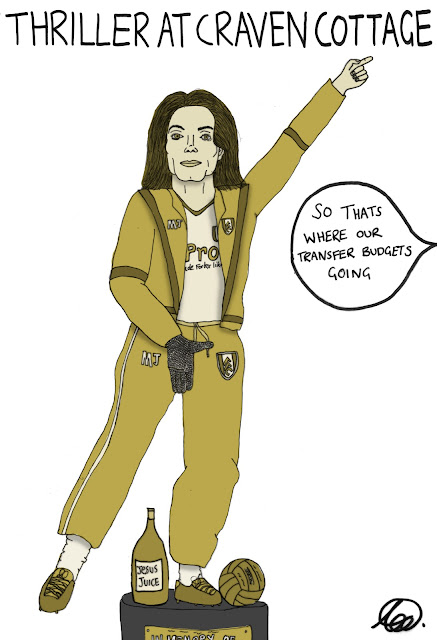 Mohamed Al Fayed announced this week that a life-size statue of Michael Jackson is to be erected outside Craven Cottage.

The Fulham owner originally intended the statue to be put outside his Harrods store, but following the sale of the landmark store it needed to be relocated.

The statue will be unveiled on 3 April to honour the friendship Al Fayed shared with the legendary performer.

‘Michael Jackson was truly a legend. He was my friend, a man with whom I shared many happy memories and who died a very tragic death.’

The decision has hit a sour note with some Fulham fans and a petition was made on the club’s website calling for the move to be abandoned within 24 hours of it being announced.

Fulham manager Mark Hughes acknowledged the move is controversial, but spoke out to defend his Chairman’s decision.

‘The fact that it’s at the football club will maybe cause a debate,’ he said. ‘But, really, we shouldn’t question our chairman’s motives.’

‘In fairness to the chairman, he’s fully supported this club for a long time now, put in something like £200m. And if he wants to make that gesture to somebody who he knew personally then who am I to pass comment on it?’