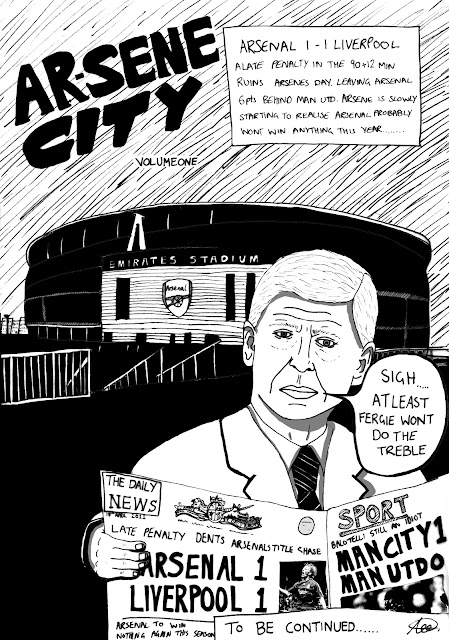 Arsenal’s trophy drought looks set to continue into a seventh year after their Premiership title hopes were dealt another blow at the weekend against Liverpool.
The Gunners were denied victory after conceding a penalty in the twelfth minute of injury time, which left Arsene Wenger fuming and Arsenal’s title prospects hanging by a thread.
There are six games left for Arsenal to try and close the six points gap between them and league leaders Manchester United, starting with tomorrow’s game against Tottenham.

Arsenal need to win at White Heart Lane to stand any chance of beating United to the title and midfielder Jack Wilshere believes his team are still in with a chance.

‘Arsenal versus Tottenham is massive for the fans,’ said Wilshere. ‘It’s the one they want to win all year. So we have to put the Liverpool game behind us. We have to go to Tottenham and not just do it for the fans but do it for ourselves and keep our title hopes alive.’

‘Maybe the fans are starting not to believe but they are great every week, they are behind us. ‘We have to repay that. We are confident Man United will drop points.’

‘They lost at the weekend and they have a big game in the Champions League coming up. Maybe that can put them off. They still have to come to the Emirates. If we beat them then maybe we can put them on a bad run.’