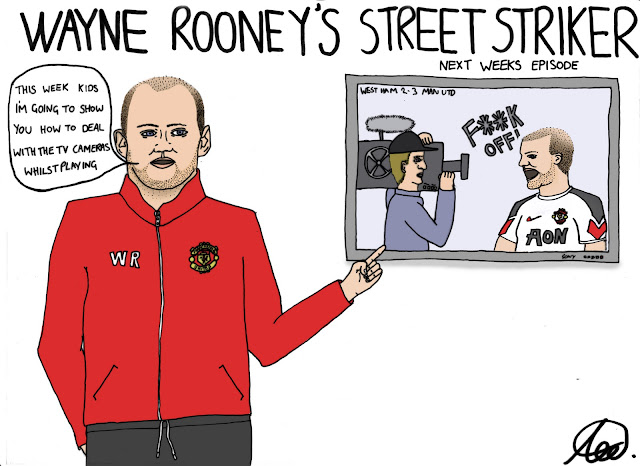 Wayne Rooney is used to teaching youngsters new tricks on his TV show Wayne Rooney’s Street Striker, but his recent obscenity filled outburst is one lesson the youth of today could do without according to the FA.

The United star is facing a two-match ban after being charged by the Football Association for ‘the use of offensive, insulting and abusive language’ in Saturday’s game against West Ham.

Rooney was seen angrily swearing into a pitch side camera following the completion of his hattrick which has sparked a heated debate about swearing in football.

The England international released a statement shortly after the game on Saturday saying ‘I want to apologise for any offence that may have been caused by my goal celebration, especially any parents or children that were watching.’

‘Emotions were running high, and on reflection my heat-of-the-moment reaction was inappropriate. It was not aimed at anyone in particular.’

Rooney has until Tuesday evening to launch an appeal against the charge, which if accepted means he will miss United’s league match with Fulham and the FA Cup semi-final showdown against Man City.