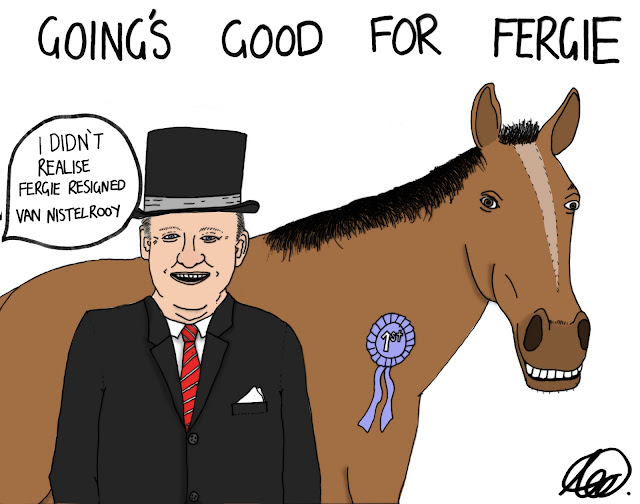 As the end of the season nears things are coming together nicely for Sir Alex Ferguson as he seeks success on numerous fronts.

His team took a big step towards reaching the Champions League semi-final with their 1-0 win over Chelsea at Stamford Bridge this week, whilst they sit seven points clear at the top of the Premier League.

The FA Cup is also well within United’s grasp if they can win their semi-final match against Manchester City later this month.

Many have been critical of Ferguson’s team this season, but as we enter the final furlong his side is still on course in all three major competitions with many of his key players returning to full fitness and form.
Rio Ferdinand returned from injury to re-established his defensive partnership with Nemanja Vidic on Wednesday and after a slow start to the season Wayne Rooney looks to have finally found his scoring boots.
Fergie’s team is hitting good form at the right time and no doubt he will be hoping the same goes for his racehorse ‘What a Friend’ which runs in the Grand National this weekend.
At 12/1 ‘What a Friend’ is amongst the favourites for the race on Saturday afternoon, though Ferguson’s attention will be elsewhere as Manchester United play Fulham at Old Trafford.