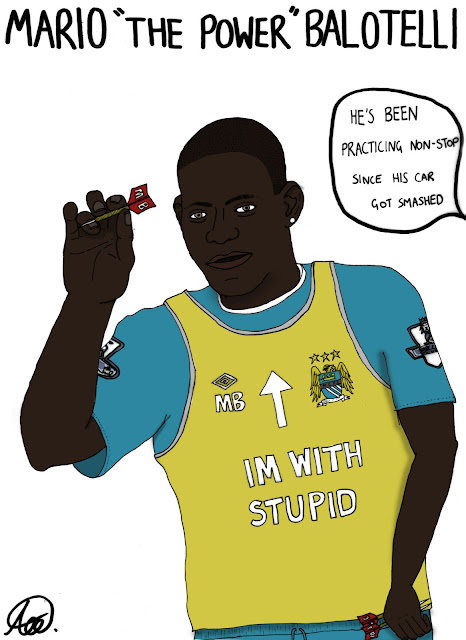 ‘Mario was perfect today,’ Mancini told reporters. ‘It wasn’t important he didn’t score today. He worked for the team, he ran all day, he was perfect. He must continue this.’

There have been strains on the relationship between the two as a result of the erratic behaviour of the Italian striker who has made headlines for all the wrong reasons since his arrival at Eastlands.

Recent controversies have included a fine for lobbing darts at a youth team player, an incident in which Balotelli’s sports car was smashed in and a red card in the Europa League last 16-clash with Dinamo Kiev.

Mancini has admitted that Balotelli’s behaviour has been unacceptable since his £20 million move from Inter last summer, but stated his belief that he can improve both on and off the field.

‘I don’t regret bringing Mario here,’ Mancini said. ‘Mario is a fantastic player. He is a 20-year-old, so it is usual his behaviour is not good enough. I understand this situation very well. Playing here could be a fantastic experience for him. He can be one of the best players in the world.’

‘I think he wants to show that he can change his behaviour. In the future he will be good.’