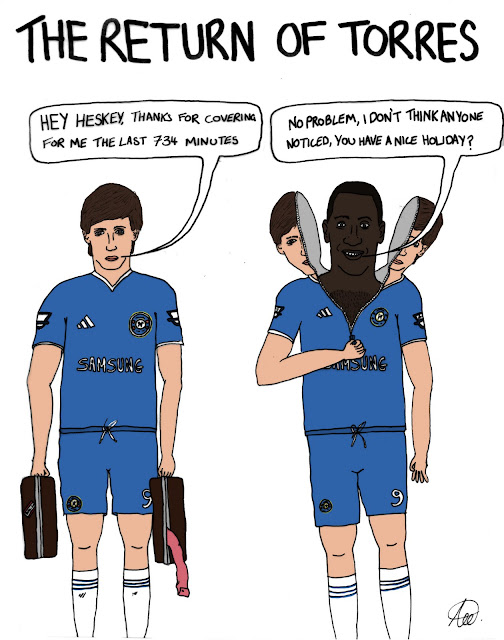 Fernando Torres finally broke his Chelsea duck when he scored in his side’s 3-0 win over West Ham last weekend, which has sparked belief in his team mates that he could soon be returning to prolific goalscoring form.

Chelsea fans had to wait through 14 games before they got to see their £50 million star find the back of the net and Florent Malouda believes that there will be more goals to come from the Spaniard in the remaining games of the season.

‘The first goal is always important and you could see everyone was very happy,’ he said.

‘We did a big pile up on him and there was a lot of happiness. It’s very good for his confidence. We’re going to have more goals from Torres before the end of the season.’

Frank Lampard was full of praise for Torres following his goal stating that ‘You can’t change quality and you can’t change a world-class player. We’ve seen it in him and nothing changes. We all go through little patches like this.’

‘Fair play to him, he’s not opened his mouth and said anything when he’s been on the bench. He’s come on and given everything. It was always going to be a matter of time before he scored. It was a well taken goal and I think now you’re going to see him fly, whether that’s in the remaining games of this season or next.’

‘It’s been difficult for him. As a striker he will be judged on his goals. He’s got off the mark and I’m sure he’ll look back at it fondly in a couple of years time because he is going to be very prolific for us.’