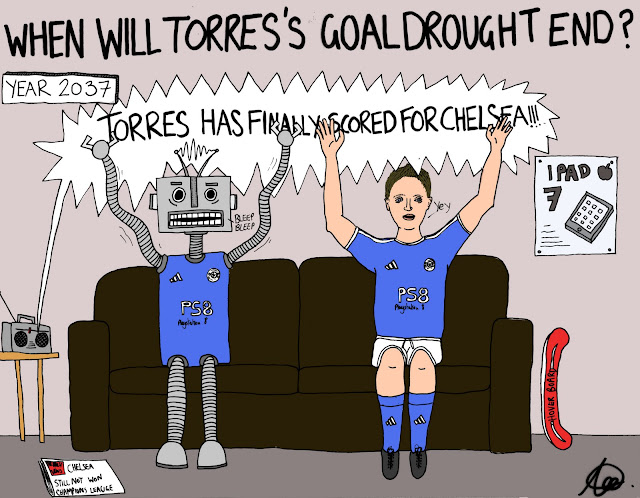 Fernando Torres has been at the center of the media spotlight for his lack of goals since his £50 million move to Chelsea, but Carlo Ancelotti has stated his belief that he will score soon.

The Chelsea boss said he is still confident in the forward’s ability and compared his poor goalscoring form to that endured by Wayne Rooney until recently.

‘Rooney lived the same situation. He was not playing well and not scoring, but everyone at the club maintained good confidence with him. Everyone believed that he could move on and he moved very well’, the Italian stated in reference to the Manchester United hitman’s recent return form.

Ancelotti insists that Torres will break his goalscoring duck before the end of the season, but has refused to guarantee the Spaniard would return to the starting line-up for tonight’s match against Birmingham.