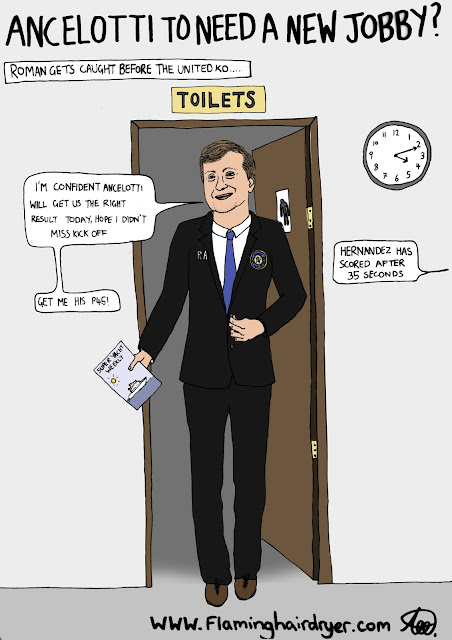 Chelsea are set to end their season trophyless following this weekends 2-1 league defeat against Manchester United and as a consequence Carlo Ancelotti looks set to lose his job as manager of the Blues.

The Italian enjoyed a great start at Chelsea guiding his side to a FA Cup and Premier League double in his first season, but he has failed to recreate the same levels of success in this campaign.

This season the Blues have endured their worst season since Russian billionaire Roman Abramovich took ownership of the club and Ancelotti is now expected to face the axe.

Ancelotti has stated his desire to see out the remaining year of his contract, but conceded the decision is out of his hands.

Speaking to reporters Ancelotti said, ‘I have another year on my contract and I would like to stay but it is the decision of the club. We have two more games, we wait and see.’

‘I don’t know what the owner (Roman Abramovich) thinks about the season but in my opinion we could have done better.’

‘I am honest to say that Chelsea didn’t do its best this season but sometimes that can happen. Last season we had a fantastic season, this year it was a little bit different.’

Are Carlo’s days numbered at Chelsea?