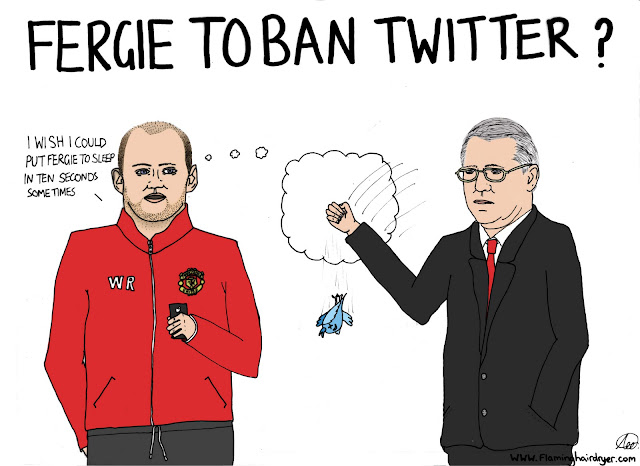 Sir Alex Ferguson has hit out against twitter, labelling the micro-blogging site a ‘waste of time’.

A number of the United players are regular twitter users, but their manger does not share their enthusiasm for the site.

Speaking out about twitter he said, ‘I don’t know why anybody can be bothered with that stuff.’

‘How do you find the time to do that? There are a million things you can do in your life without that. Get yourself down to the library and read a book. Seriously, it is a waste of time.’

The United manager’s comments also seemed to suggest he is considering banning his players from using the site following the negative attention that one of Wayne Rooney’s tweets attracted this week.

Emphasising the need for caution regarding twitter Ferguson stated that, ‘We as a club are looking at it because there can be issues attached to it. And we don’t want that.’

Rooney only recently joined twitter, but his posts have come under close scrutiny and made front page news of one newspaper this week when he responded to an abusive message.

The 25 year old striker was accused of threatening one of his followers on Wednesday when he tweeted, ‘I will put u asleep within 10 seconds hope u turn up if u don’t gonna tell everyone ur scared u little nit. I’ll be waiting.’