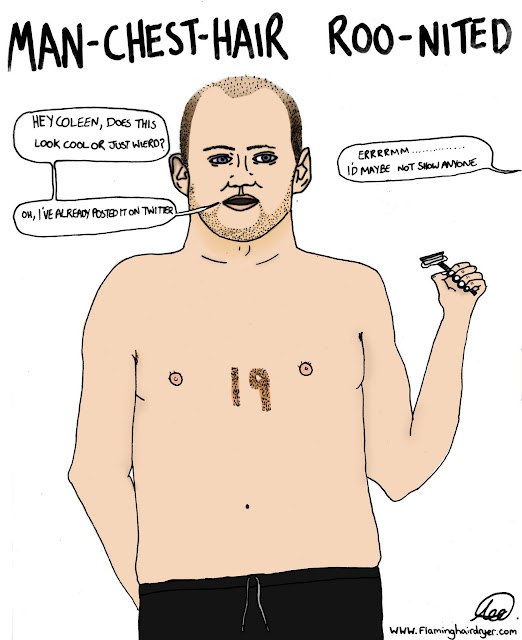 The 25-year-old scored the penalty that gave Manchester United a 1-1 draw at Blackburn on Saturday which earned them the point needed to win the Premier League with a game to spare.

Rooney posted a picture on Twitter proudly displaying his new chest artwork following the celebrations at Blackburn to the surprise of his team-mates.

Michael Owen was stunned by Rooney’s new look tweeting in response that ‘None of us thought Wazza would send that picture! He is madder than we thought!!!’

Securing Manchester United’s 19th league title had an added bonus for Rooney as it puts them one over Liverpool’s title-record.

Speaking after the game he said, ‘Winning the Premier League is an incredible feeling and to get that 19th title to become the most successful English club is brilliant.’

‘Of course for me personally, being an Everton fan, it’s even more special 19 times. It’s a great feeling for the whole club, the team, the fans, everyone.’

‘After the year I’ve had, with the ups and downs, this is for the fans and the team.’