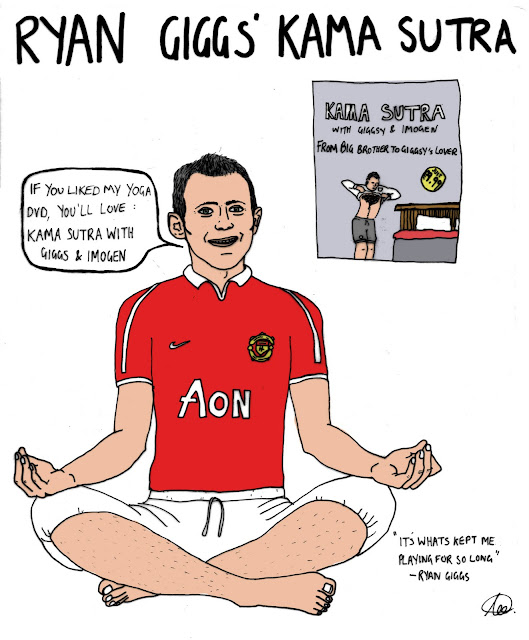 Ryan Giggs showcased his top tips for staying in tip top physical condition in his yoga DVD ‘Giggs Fitness’ last year, which detailed some of the United veterans secrets to staying fit and strong.

And the evergreen star  has proved this season that he’s still got the legs to play football at the highest level whilst still finding time for a bit of bed hopping.

But it is his psychological condition that has come under question ahead of the climax to United’s season in the Champions League Final this weekend.

The furore surrounding the revelations about the Welshman’s private life has cast a shadow over Saturday’s fixture and was obviously playing on the mind of his manager on Tuesday.

Giggs is expected to feature in the starting line up against Barcelona, with Ferguson putting faith in the midfielder’s wealth of experience to shrug off his off the field troubles.