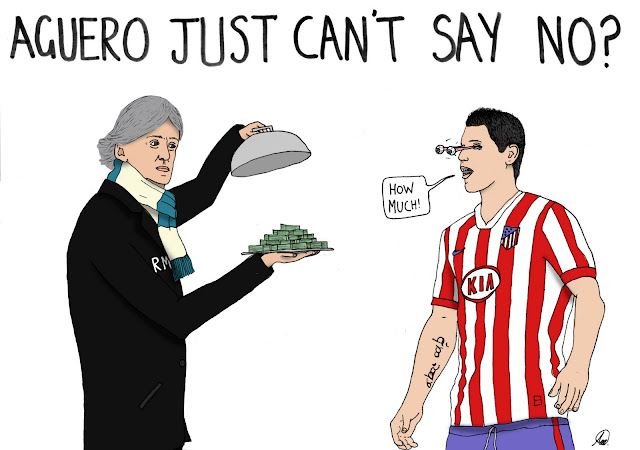 Sergio Aguero looks set to become the newest addition to Manchester City’s roster of highly paid stars following reports he is travelling reports he is travelling to London to discuss signing a five year deal with the club.
City are said to have offered Atletico Madrid almost £40M for Aguero, who failed to return to training for as expected on Monday and has made it clear that he wants to leave the La Liga club.
Roberto Mancini has admitted his interest in signing the Aguero regardless of whether Carlos Tevez leaves City this summer and is hopeful a deal can be struck up within the next couple of days.
Aguero is reported to have turned to fellow Argentine Pablo Zabaleta for information about life at Manchester City, which Mancini will be hoping counterbalances the of numerous complaints Carlos Tevez has had about his time at the club.
A five year contract with wages of around £200,000 per week is what is expected to secure Aguero’s services at Eastlands.