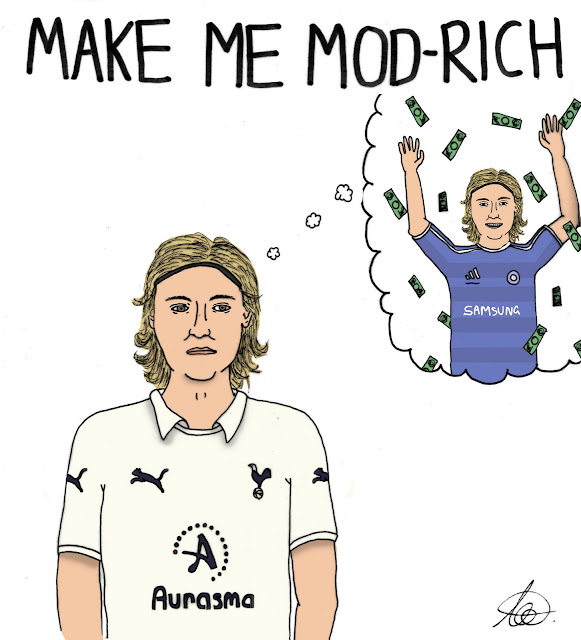 Harry Redknapp remains convinced that wantaway star Luka Modric will stay at Spurs following an increased bid from Chelsea for their star playmaker.

The Blues are reported to have returned with a £27m bid for Modric, after an initial bid of £22m was turned down last month.

Roman Abramovich is understood to be a keen admirer of the Croatian midfielder, but the Spurs boss has insisted that even bids in excess of £30m would not tempt them to sell.

‘I still think £27 million is a pretty poor offer for a player of that ability,’ said Redknapp. ‘It’s not anywhere near what I’d value him at if he was for sale, but he’s not for sale. That’s the end of it, the chairman’s made his stance and that’s it.’

When asked if bids of £30 million would be enough to swing the deal he stated, ‘I don’t think so. I honestly value him at way, way in excess of that. Even if they offered that the chairman has said he’s not for sale.’

Modric has admitted that joining Chelsea would be a ‘dream’ move for him which has led to speculation that he may hand in a transfer request to try and force through the deal.

However Redknapp believes that it would not change anything stating, ‘I wouldn’t have thought it would have an effect on the situation.’

‘He’s off to South Africa tomorrow. He’s the last lad in the world that would ever cause a problem. I’ve come across players who would want to go who would be a real problem, but that’s not his nature.’