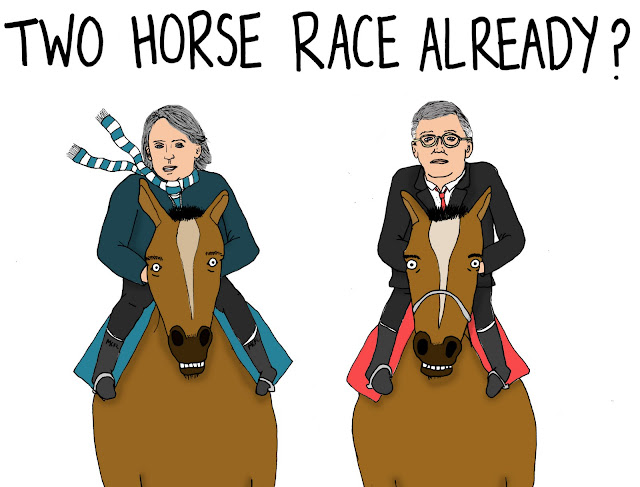 The magnificent displays of attacking prowess shown by both Manchester clubs this weekend has seen them establish themselves as early season frontrunners for the Premier League title this season.

City thrashed Tottenham 5-1 on Sunday only to be top trumped later in the day by United who demolished Arsenal 8-2 at Old Trafford, sending out an ominous statement of intent to the rest of League’s clubs.

The emphatic victories ensured both Manchester teams kept up their 100% start to the season, further increasing the expectation that the season’s silverware will be contested between the two local rivals.

Currently on seven points, Chelsea are expected to be the most potent force challenging for the title outside of Manchester though their early season form has been unconvincing against much weaker opponents.

Last season we saw Chelsea get off to an impressive start with a number of high scoring victories, only to encounter a drastic dip in form later in the season and Frank Lampard has spoken out in regards to the significance results this early in the season.

‘It is still early in the season’ said Lampard. ‘I have seen a lot of games and if you look at Man City, they have looked very good but went to Bolton and conceded two. Teams at this early stage of the season are quite hard to read.’

‘It might be quite nice for people not to talk about us and the fact other teams have spent more than us. We can concentrate on ourselves. Sometimes it is quite nice when everyone is not expecting Chelsea to run away with it like in previous years. It leaves it up to us to prove people wrong.’