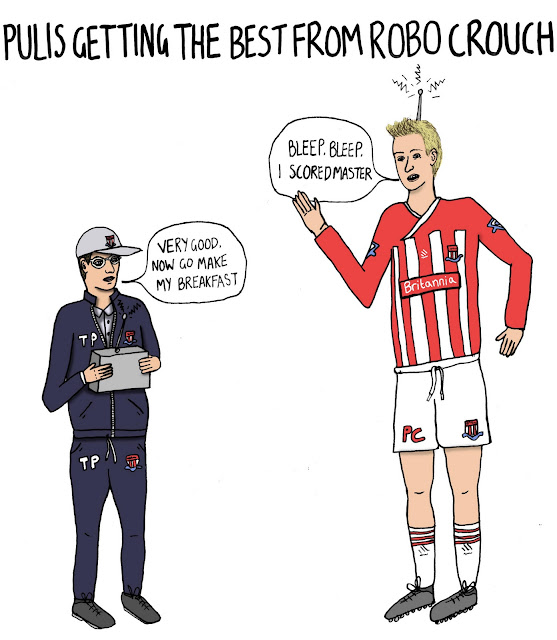 Peter Crouch has expressed his admiration for the excellent work ethic instilled by Tony Pulis in his Stoke squad, to which he credits their admirable start to the season.

The beanpole striker scored his first goal for the Potters in their 1-1 draw with league leaders Manchester United this Saturday, which brought an end to the Champions 100% winning start to the season.

The goal means that Crouch joins a small group of players who have scored for six different Premier League sides and  the 30-year-old insists that he has never experienced playeing for a team that works harder than Stoke.

Speaking to The Sentinel, Crouch said: ‘Since I have been here, I have never known a character and willingness to work like Stoke City’s.’

‘The manager has installed it and, when I first signed, he said I have to be part of that.’

‘He said I have to work hard and that, first and foremost, is what he expects.’

‘I think that is why we get results and why we got this result against Manchester United.’

‘We created chances and, so long as we play like that, we will do well this season.’