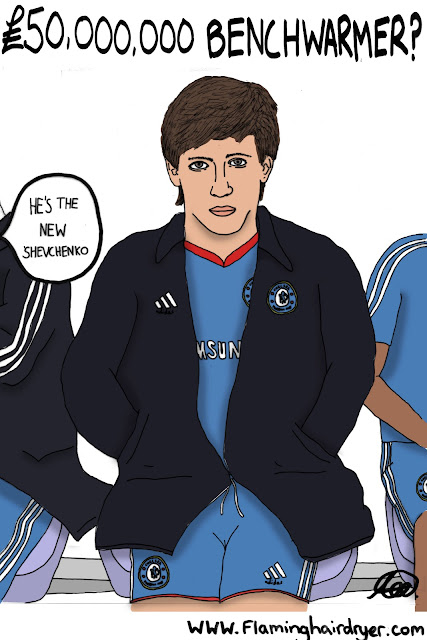 Chelsea manager Andres Villas Boas is hoping that his decision to drop Fernando Torres from his starting eleven will inspire the misfiring striker to rediscover the goal scoring form that commanded his £50 million transfer fee.

The Spaniard has failed to live up to expectations since his move from Liverpool in January and on Saturday he was relegated to the bench by Villas Boas in favour of Daniel Sturridge, who justified his selection by scoring in the 2-1 win over Sunderland.

With just one goal from twenty-two appearances parralels can be drawn between Torres and former big money flop Andriy Shevchenko, which presents the young Chelsea manager with a selection headache over whether to persist playing the out of form striker.

Villas Boas has refused to confirm if Torres will be reinstated to the starting line-up for Chelsea’s Champions League game against Bayer Leverkusen at Stamford Bridge tonight, but insisted that the striker would benefit from his time on the bench.

‘Any player that is not part of the squad, or not part of the selected players is not happy,’ Villas-Boas said. ‘I am glad that they are not happy because it means that maybe you can stimulate them to go one step further.’

‘Or maybe you can motivate them a little bit more and when they come back to being selected or to starting in the first XI they can still perform.’