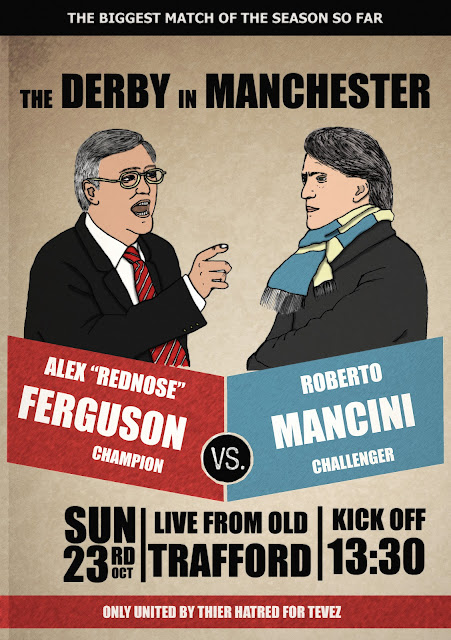 The Manchester City team will line up against United tomorrow afternoon knowing that a win would take them five points clear of their neighbours at the top of the league and provide a bold statement of their title ambitions.

Since their last visit to Old Trafford the gap between the two sides has closed further and the famous ticking clock banner of the Stretford End that taunted City for so long has been taken down following their FA Cup success against Stoke in May.

What tactics Mancini will employ against United is expected to heavily influence the outcome of Sunday’s derby and the City boss has vowed to go toe to toe with Sir Alex Ferguson by fielding an attacking line-up featuring David Silva, Sergio Aguero and Mario Balotelli.

Mancini is yet to record a Premier League victory over United since taking charge in 2009, but he is confident his team have made ground on Sir Alex Ferguson’s side and has insisted his team will be targeting a win rather than playing for a draw tomorrow.

Sir Alex is also expected to field an attacking line up tomorrow in a game he has admitted could be one of the turning points of the season. ‘There is a lot of winning posts along the way and one of them is Sunday,’ Ferguson said. ‘It’s a six-pointer.’