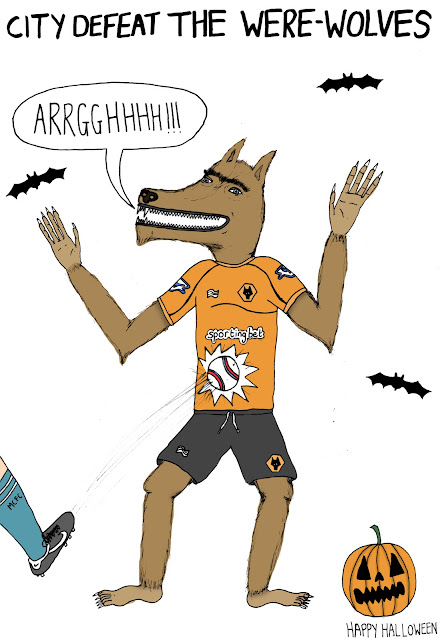 Manchester City maintained their 5 point lead at the top of the Premiership with their second win over Wolves in a week, despite having to survive the final 16 minutes of the game with ten men after Vincent Kompany was sent off.
After the victory City boss Roberto Mancini spoke of his pride in the mental resolve shown by his team in the latter stages of the game stating that ‘With 15 minutes to go, it was very hard, but I am very proud because with 10 men, we were strong.’

‘We defended strongly because they didn’t have any more chances to score, and then we scored another goal. This is good. When you have 10 players and you can take the result and score another goal, this shows a very good mentality.’

The win was ensured by a late long range strike from Adam Johnston, who was on the receiving end of some harsh criticism from Mancini after his performance in the midweek game against Wolves despite getting a goal and an assist in the 5-2 win.

Mancini has defended the comments he made about Johnston, stating that his intention was to motivate the 24-year-old and that he believes with the right work ethic he can develop into one of the best widemen in the world.

‘He has everything,’ said Mancini. ‘I don’t want him stopping at this level. I want him up a level and then a level more. He has some characteristics that are different from other players and because of this he could become one of the top wingers in the game.’