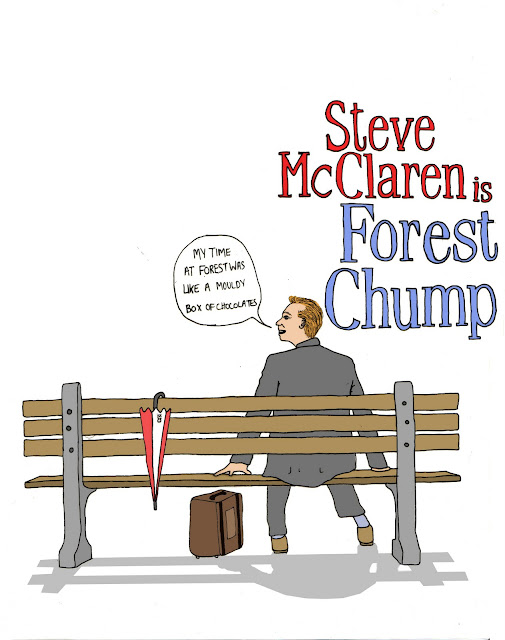 ‘Life is like a box of chocolates, you never know what you’re gonna get.’
When Steve McClaren chose Nottingham Forest as the club he would make his long awaited return English management with, he was no doubt hoping it would be a move that would rebuild his reputation and give a boost to his rollercoaster career.
Henceforth the Yorkshireman must be left with an extremely bitter taste in his mouth when reflecting upon his disastrous 111 day spell in charge at the City Ground.
Unable to sign the players he felt he needed to transform Forest into genuine promotion contenders in the Championship, McClaren handed in his resignation on Sunday stating that the club ‘don’t share the ambition that I came for.’
Keen to make a clean break from the club McClaren waived any severence fees he may have been owed by the club, but he will find it hard to escape the negative consequences garnered by his failure to succeed at Forest.
McClaren is certain to have realised the importance of getting it right when making his return to management in England and a fresh addition to his lengthy list of managerial mishaps is unlikely to entice many Chairman into taking a gamble on the former England manager.
Speaking about his spell as England manager McClaren stated: ‘You need failures to make you stronger,’ which is a sentiment that will serve him well as he looks to bounceback from his latest setback.