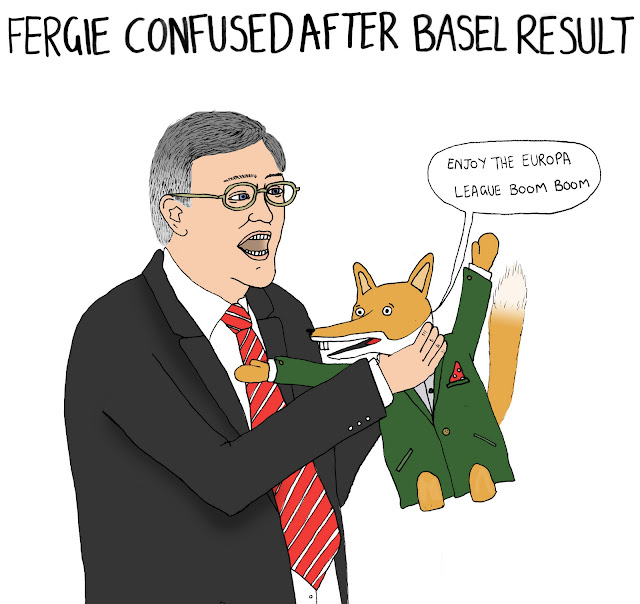 Sir Alex Ferguson has strived to keep a cool head following a disastrous week in which his side was dumped out of the Champions League after they failed to get the point needed against FC Basel to progress to the next stage.

The elimination came as a massive shock as United were placed in a weak group in which progression to the knockout stages without any trouble was expected, but they will now have to compete in the Europa League following only finishing third in their group.

‘Of course we’re disappointed,’ said Ferguson after the defeat. ‘You have to deal with the disappointment, and this club has used it as motivation many times. It’s a loss because it’s the best tournament in the world.’
After a promising start United’s season has been dealt some serious blows, being knocked out of both the Carling Cup and Champions League in quick succession. To Ferguson’s woes he will be without Nemanja Vidic for the rest of the season after he ruptured his cruciate knee ligament during the game against Basel.

‘We had a fantastic start to the season then we started getting quite a few injuries. That can destabilise you,’ said Ferguson. ‘The balance goes a little bit. But the quality is there. Our club can have bad results just like everyone else. We all get them. The important part is how you recover.’