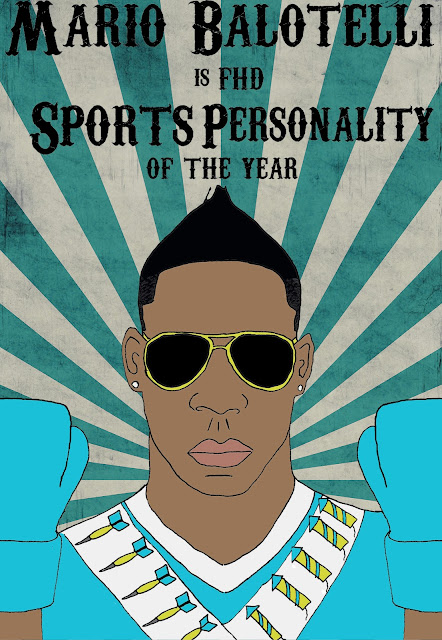 Love him or hate him, there really has been no escaping from madcap antics of Mario Balotelli this year. Barely a week goes by without a news story relating to the off the field activities of Manchester City’s rebellious striker.

Whether he’s having punch ups with team mates or inspiring his side to a memorable 6-1 over title rivals Manchester United, Balotelli walks the fine line between genius and madness in a way that never ceases to be entertaining.

While his most memorable moments have been controversies such as his dart throwing incident and the notorious fire at his home caused by fireworks set off indoors, stories of Balotelli giving large sums of money to homeless people reveal a kind hearted side that contrasts with his flash and petulant exterior.

Though he often receives attention for all the wrong reasons, few can argue with his performances on the pitch and goal scoring record this season. Balotelli’s sporting achievement coupled with his lovable maverick personality has earned him the prestigious honour of being Flaming Hairdryers Sports Personality of the Year 2011.