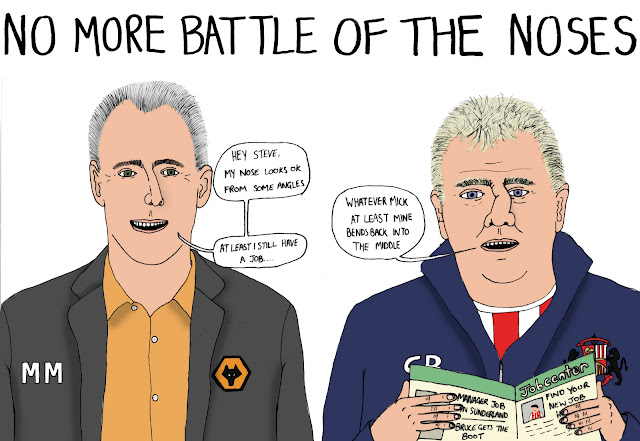 Sunderland are on the hunt for a new manager following their dismissal of Steve Bruce as result of a poor start to the season which has seen the Black Cats come within two points of the relegation drop zone.

Bruce led Sunderland to a 10th place finish in the Premier League last season, but after only two wins in thirteen games chairman Ellis Short  decided a change of manager was needed to improve the clubs fortunes.

Speaking after the sacking the Sunderland chairman said: ‘It is my job to act in the best interests of our football club and I can assure everyone that this is not a decision that I have taken lightly. Sadly results this season have simply not been good enough and I feel the time is right to make a change.’

Assistant manager Eric Black has been given control of the Sunderland first team whilst the club search for a replacement for Bruce, with Mark Hughes and Martin O’Neil among the favourites to be appointed.

Sunderland face fellow Premiership strugglers Wolves at Molineux on Saturday whose manager Mick McCarthy could also be for the chop if he fails to turn things round for the club.