Steve Kean to get the Sack this Xmas [picture] 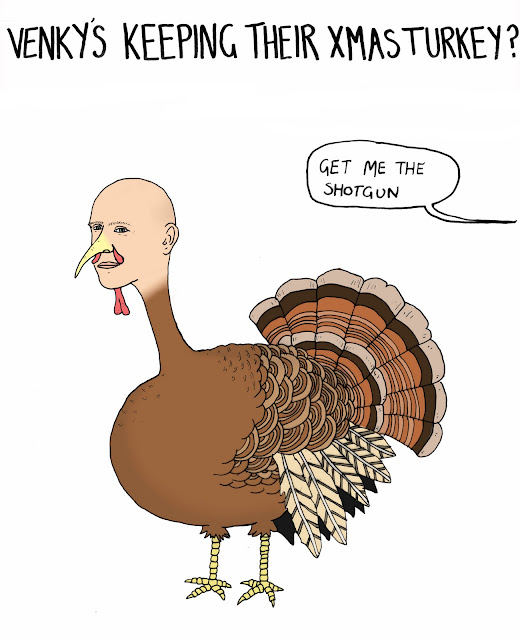 Steve Kean is expected to lead Blackburn Rovers into their game against Liverpool on Boxing Day despite fans ramping up their protests against the Scotsman, though his future prospects at the club looks as bleak as a Christmas Turkeys.

Kean has found himself under heavy fire as his Ewood Park side slumped to the bottom of the Premiership following an uninspiring 2-1 home defeat against fellow strugglers Bolton Wanderers on Tuesday.

A demonstration by the Blackburn fans outside the clubs training ground has put additional pressure on Kean and the clubs owners, but Kean has stated that he would be ‘100% shocked’ if he was not manager for the game at Anfield.

The harsh treatment Kean has received from Blackburn fans has prompted several high profile managers to speak out in support for him, including Sir Alex Ferguson and David Moyes.

It has been reported that the Blackburn owners Venky’s cannot afford to sack Kean after giving him an improved contract in November, although the club have not commented on the matter.