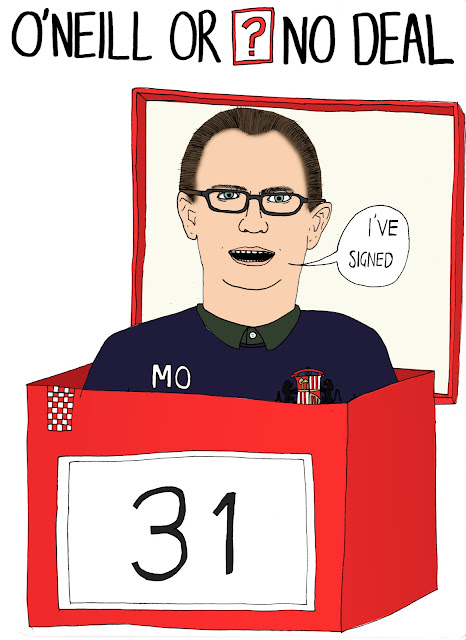 After a seventeen month absence Martin O’Neill made his return to Premiership management this weekend after being appointed to replace Steve Bruce at Sunderland, who left the club by mutual consent.

The Northern-Irishman was in the stands as the Black Cats lost 2-1 away at Wolves yesterday which means they slide to within a point of the relegation drop zone, having only scored sixteen goals in fourteen matches.

While acknowledging the scale of the task ahead of him, O’Neill seemed enthusiastic and eager to take on the challenge of turning Sunderland’s season around when speaking about his appointment at the club.

‘You want to get yourself established,’ said O’Neill. ‘We had a great season last season, finishing 10th and a wee bit of a disappointing start this time. But we hope that, with a little bit of luck, we can turn things around.’

‘I would like it to be a really successful period and I’m going to try my best to achieve that. That’s what I’ve come for.’

In the short term instilling some confidence in his current crop of players and keeping Sunderland in the top flight are the main targets for O’Neill, but looking long term chairman Ellis Short is expecting regular top ten finishes to be produced by his club.

Speaking about his new manager Short said: ‘Martin has as good a managerial pedigree as you could wish to find, and has proven over the years to be a very astute, top-level manager.’

‘During his time at Aston Villa, he established the club firmly in the top 10 of the Barclays Premier League year-on-year, and this is something we are striving to achieve at Sunderland.’

‘Having spoken with Martin, I know he is brimming with enthusiasm and anticipation about the challenge of taking Sunderland forward, and I believe he is the perfect choice to deliver the success we all desire.’