Arsene Goes Back to the Future [picture] 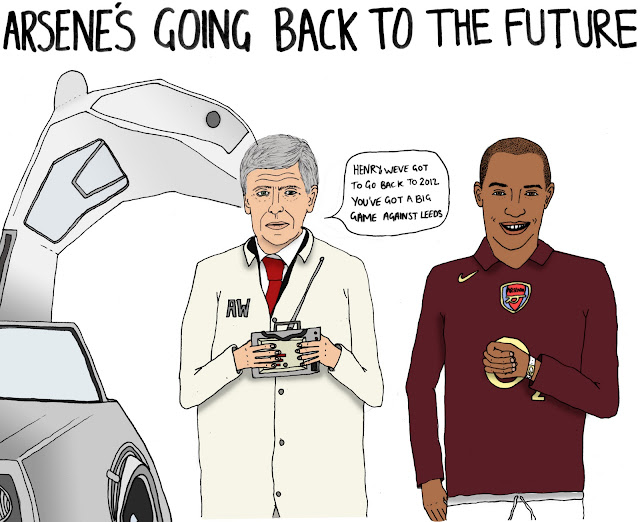 Arsene Wenger has heaped praise upon Arsenal legend Thierry Henry after resigning the Frenchman on a two month loan deal from the New York Red Bulls.

The Arsenal manager emphasised that Henry’s achievements would not be undermined if his second spell with the Gunners doesn’t work out and stated his belief that the 34-year-old is still a world class player with plenty left to offer the club.

Wenger told Arsenal’s official website: ‘No, you cannot take away from people what they have done, and what he has delivered will stay forever. It can just make the statue a bit bigger! Let’s hope he will do that.’

‘Thierry is a world-class player and even at this club a player of that dimension is always very difficult to find, especially at this period of the season.’

‘He can just add something more to the team. Certainly he is one of the best signings I have made. It is difficult to compare defenders and strikers, but one of the best for sure.’

Wenger has confirmed that Henry will feature in Arsenals FA Cup match against Leeds on Monday, but admitted it would be a couple of weeks before he would be able to play a full match.

‘Thierry will be involved against Leeds, but at the moment 90 minutes is a bit long for him because he has not played for a long time,’ Wenger said.

‘He works hard, but he is a bit behind physically. In one or two weeks Thierry will be fine.’