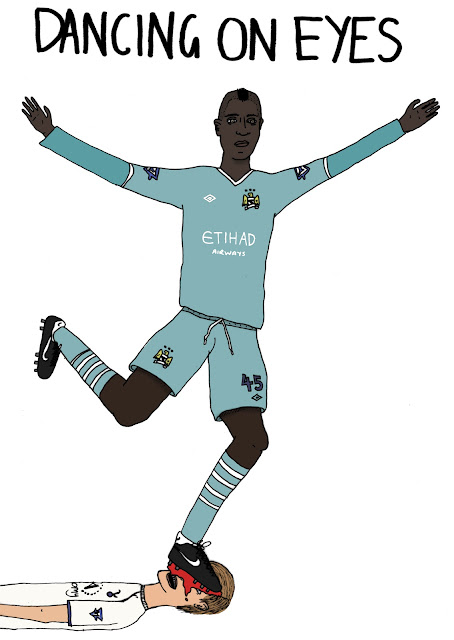 Mario Balotelli’s agent has spoken out of his belief that the Italian striker could be forced to quit English football because of the treatment he has received from the FA and Premiership referees.

‘I think he feels persecuted, he cannot go on like that,’ agent Mino Raiola told BBC Radio 5 Live.

‘We had a very clear image of his career at the beginning and I have told the press openly Mario will have to stay at Manchester City for at least three or four years, helping the club on this important project and grow as a man and a player.’

‘Obviously if he’s being banned every three or four games for one reason or another we cannot go on like that and there needs to be an end to that.’

‘So if that’s the case and English referees and the English FA would like Mario to go out of England then we would take that seriously in consideration, even if that’s not and was not our intention.’

Raiola’s comments come in response to the four match ban handed out to Balotelli by the FA for stamping on Scott Parkers head during City’s 3-2 win over Tottenham last Sunday.

Speaking about the alledged stamp Raiola insisted that it was not deliberate and that TV replays prove that there was no ill intent from the 27-year-old.

‘He didn’t do anything on purpose, he was clearly pushed and was out of balance and put down his feet,” said Raiola. ‘That’s also clear in the slow-motion replays.’