Evra Prepared for Battle Ahead of Anfield Clash [picture] 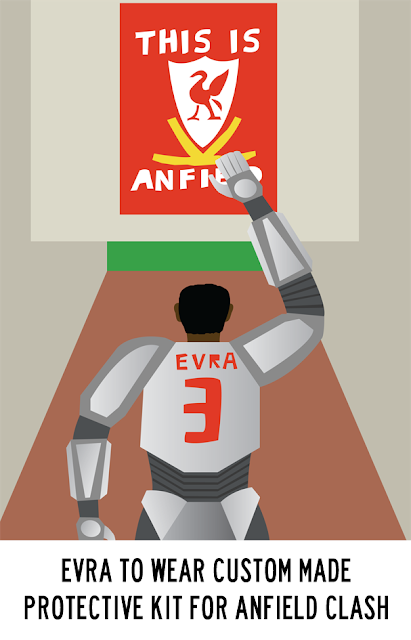 In the past Sir Alex has protected players from abuse by leaving them out of games in which a hostile reception from opposition crowd was on the cards and didn’t even take Wayne Rooney to Goodison Park last season to spare him the adverse reaction he receives from his former club.

However, Phelan and a number of ex-United players have backed the decision to include Evra in the team set to face Liverpool, stating he has the experience, ability and strength of mind required to withstand any additional pressure.

Former United defender Viv Anderson said: ‘Patrice should definitely play 100 per cent. There will be a backlash but he did nothing wrong, so why should he not play?’

‘He is experienced enough and old enough to deal with it. It won’t be the first time he’s been verbally attacked. If you cannot deal with it then you are never going to make a career for yourself.’

‘Patrice is at Manchester United playing in the Premier League and is a French international. He has proved that he is able to stand up to all the outside pressures that have been heaped on him as he’s built his career.’

‘It is not right you have to put up with racial abuse, but I am sure it has happened to him in the past. I don’t think playing at Anfield after what has gone on will bother him.’