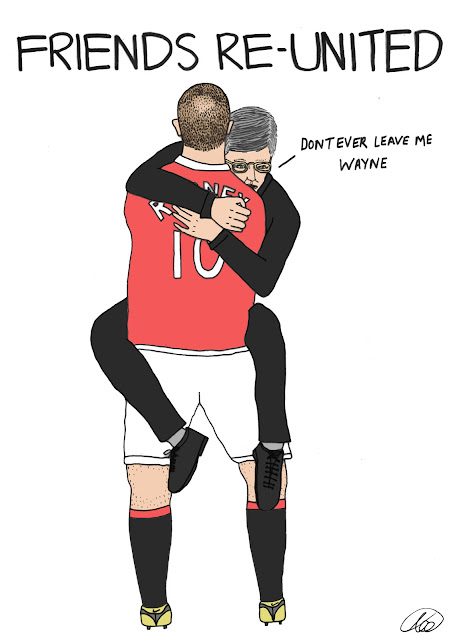 Wayne Rooney and Alex Fergson have made up after Rooney’s ‘magnificent’ brace in United’a 3-2 win over City in the FA cup on Saturday.

The pair have had numerous reported problems since Rooney’s arrival from Everton, most notably Rooney’s transfer request in October 2010, but they just can’t seem to stay mad at each other for long.

Their relationship has recently come under media scrutiny after Wayne was dropped for United’s game against Blackburn, following a boozy night out before training. The rumoured cracks in Fergie and Wayne’s relationship weren’t helped by United’s shock 3-0 defeat to Newcastle the following Wednesday.

However Rooney and United were quick to deny any problems and released a joint statement declaring ‘Any suggestion that Manchester United and Wayne Rooney are to part company is complete nonsense.’

Rooney also took to his twitter account to further support the statement saying: ‘The Independent are talking absolute rubbish, my future is with Manchester United and the club and I am totally committed, the manager and I have no issues and anyone who says different doesn’t know what they are talking about.’

In a interview with BBC football Fergie likened Rooney’s unwanted  ability to attract headlines to that of Paul Gasgoine, another one of England’s most naturally gifted players.

‘Wayne Rooney is a headline-maker, good or bad,’ said Ferguson. ‘It is the situation that existed years ago with Paul Gascoigne. Any flaws will be annihilated by the press.’

Maybe Ferguson gave Rooney a blast of his notorious hairdryer treatment to help produce his ‘magnificent performance’ against Manchester City, if not at least it will have done his new barnet some good.