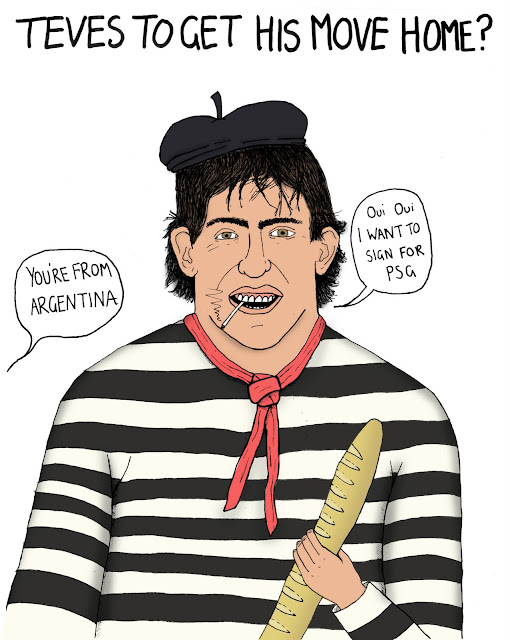 Wantaway Manchester City striker Carlos Tevez could finally be on his way out of the club following reports that his advisor Kia Joorabchian has completed negotiations with Paris St Germain.

According to reports in the Sun all that is needed is a final OK from the player for the £31 million deal to go through with Tevez picking up an £8.3m signing on fee and £10m a year throughout a 3½ year contract.

PSG manager Carlo Ancelotti confirmed the clubs interest in Tevez and revealed the French club’s director of football, Leonardo, had been negotiating with Tevez’s representatives.

Ancelotti said: ‘Everyone knows that we want a striker. Carlos Tevez? It’s a great opportunity for us to have a great striker.’

‘Today Tevez isn’t playing for Manchester City – but he wants to play. We hope to find a good solution. I haven’t had him on the phone, not him or his agent. It’s Leonardo who is looking after that.’

‘He is a great player. In around 15 days he could get back into great physical condition.’

Should the move go through it would make a mockery of the 27-year-olds repeated claims that he wants to move away from City because of being homesick and needing to be closer to his family in Argentina.

Dave Wallace, editor of City fanzine King of the Kippax has stated: ‘I think it’s always been a nonsense that he’s homesick. It’s all very baffling why Tevez doesn’t want to be part of the City set up when we’ve got so much going for us at the moment.’