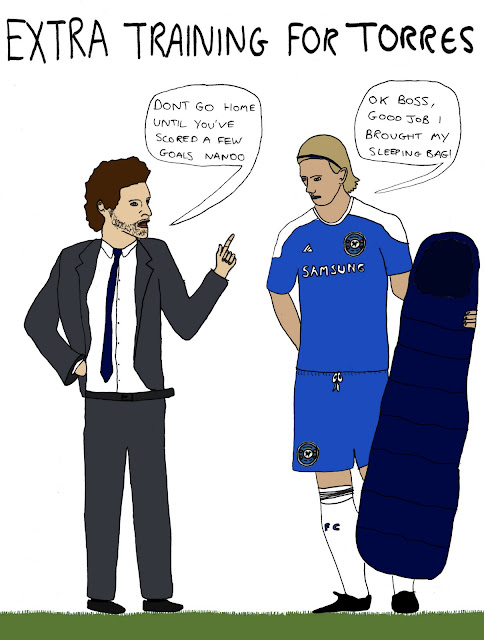 Fernando Torres is taking extra shooting practice after every Chelsea training session in an attempt to rediscover the goal scoring form he was formerly renowned for and put an end to his goal drought that has lasted almost three months.

The Spaniard has not scored for the Blues since their 5-0 win over Genk in the Champions League last October and has only managed three league goals since his move from Liverpool in January 2011.

‘We do a lot of finishing as part of the sessions anyway but he is doing extra at the end of every session during the week.’

‘His finishing is looking very good in training, the ball is flying in. I have personally spent some time with him on making sure [he’s in the right position].’

Torres hit the woodwork against Sunderland last Saturday and was able to claim an assist after Lampard knocked in his rebounded shot. Lampard claimed after the game that it would only be a matter of time until we see Torres return to his best form judging from his performances on the training ground.

‘He is doing it in training and you can see a lift in him,’ Lampard said. ‘I feel for him because he made a great connection for my goal when it hit the bar first.’

‘You’re just waiting for that moment when he is going to bang two or three in.’

‘He is working his socks off, making runs and creating goals. We’re all talking about that and rightly so.’