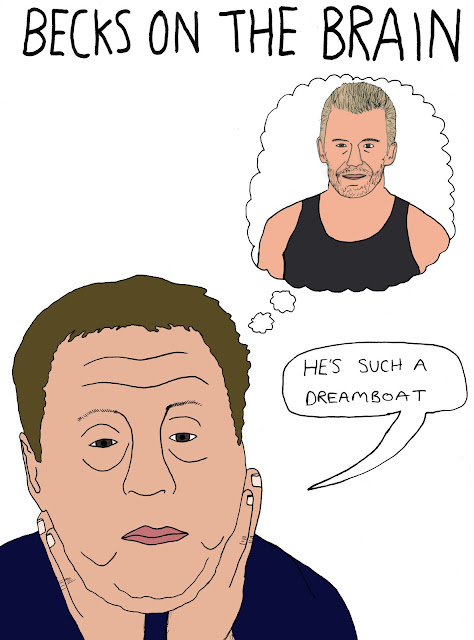 Harry Redknapp has stated that he spent more time thinking about David Beckham than he did dealing with his Monaco bank account.

Speaking to jurors about a $100,000 cash transfer made in 2003 from Monaco to ex-Portsmouth chairman Milan Mandaric’s US account, Redknapp said: ‘We were playing Manchester United at Old Trafford, a massive game for Portsmouth. I was thinking about who was marking David Beckham when I was signing that form.’

The Tottenham boss managed to fit a couple of gags into his testimony including recalling his defence of 21-year-old Peter Crouch in 2001, when he told Milan Mandaric  ‘He’s a good investment, he is improving, he’s getting stronger, he’s getting taller.’

He also rubbished the suggestion he is a brilliant businessman and claimed he has a history of poor investments stating: ‘I’m a fantastic football manager. I’m not a hard-headed businessman.’

However, Redknapp’s mood turned sour when he interrupted giving his evidence to to tell detective David Manley: ‘Mr Manley, will you stop staring at me. I know you are trying to cause me a problem.’