Ken Bates Wants You (If You Can Work Miracles) [picture] 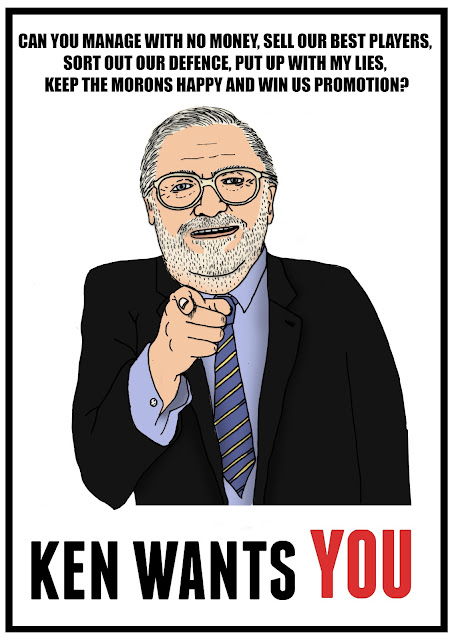 Leeds United are stepping up their hunt for a new manager after having sacked Simon Grayson on Wednesday.

Grayson was given the boot following the 4-1 defeat Leeds suffered at home against Birmingham, which was the fifth loss in seven games for the Yorkshire team.

Opinion has been divided amongst the Leeds fans regarding the wisdom of the sacking Grayson when the transfer window has just shut and with no replacement lined up, but Leeds legend Peter Lorimer has stated a fresh start is exactly what is needed for the club.

Speaking about Grayson, Lorimer said: ‘The truth is that he hadn’t moved forward from last season. Our results and performances in the main have been poorer than they were during our first year in the Championship and there’s been no real sign of things changing or improving.’

‘But bringing a new manager in is a chance to make a go of a campaign which isn’t over yet. We’re very close to the play-offs and by no stretch of the imagination is the situation irretrievable.’

Former QPR boss Neil Warnock, Huddersfield’s Lee Clark and MK Dons manager Karl Robinson  have already been linked with the job, but the Leeds Official Website has they have made no approaches to replace Grayson as of yet.

A number of Leeds old boys have been given an outside shout of becoming the next manager of the whites, with Lucas Radabe at 33/1 and Gary McCallister at 50/1.

Previous articleHarry Redknapp: Becks on the Brain [picture]
Next articleFeed the Ox and He Will Score [picture]