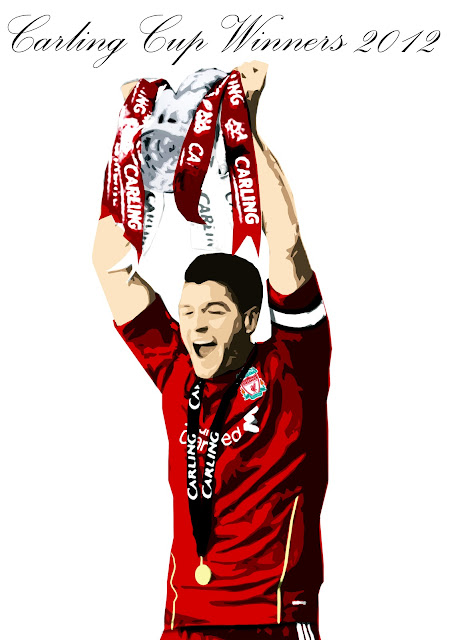 Sundays dramatic penalty shootout victory over Cardiff City in the Carling Cup final was Liverpool’s first piece of silverware since the 2006 FA Cup and Kenny Dalglish’s first trophy in his second spell at the Merseyside club. Liverpool were victorious winning 3-2 on penalties after both sides could not be separated after finishing 2-2 in extra time.
Later on Sunday evening Liverpool players took to twitter to tweet their Carling Cup delight to their loyal social media followers.
Charlie Adam (@Charlie26Adam) tweeted his happiness of the great win stating he was “delighted to get first trophy. Support was incredible. Well done to Cardiff too” Adam also posted picture of his Carling Cup medal, one which he may have been surprised to receive after his penalty was sent into orbit.
Other Liverpool players have tweeted their happiness with Luis Suarez (@luis16suarez) tweeting “What a day!! We are champions!! So happy :)” and Glen Johnson (Glen_Johnson) “Unbelievable day!!! Well done boys!!! #CarlingCupChamps”
Liverpool were also shown support from ex-reds Xabi Alonso (@xabialonso) “#inpepewetrust” and Ryan Babel (@Ryanbabel) “’YNWA”
Like Flaminghairdryer on Facebook
Follow Flaminghairdryer on Twitter