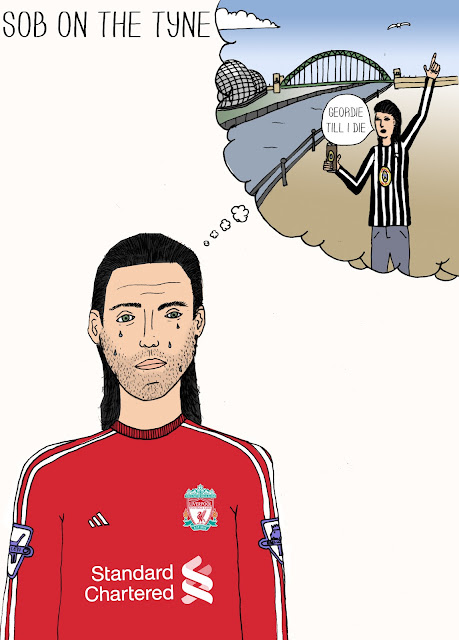 Back in 2010 Andy Carroll was making a name for himself in Newcastle as a young confident goal scorer, taking the promotion from the championship and premier league football in his stride. With the world at his feet and the Geordies beloved number 9 shirt, Carroll had the potential to become a Newcastle Legend.
However a record breaking 35 million pound deal in the January of 2011 saw a shock move for the Geordie to Anfield. Since joining Liverpool Carroll has failed to match his potential only scoring eight goals in 47 appearances, and led to many Scousers question his ability. Carroll returns to his beloved St James Park on Sunday and has admitted in the Journal his nerves before his return.
“I don’t usually get nervous but this might be a bit different, all of my family and friends will be there but they’re so big on football I’m not sure who they’ll be supporting”
Carroll has admitted he is glad to see his local team doing so well this season and admits “they will always mean something to me”. Newcastle currently sit in 6th place in the Premier League, 8 points higher than Liverpool and seem to have found a replacement goalscorers for Carroll in Ba and Cisse. With a number of Liverpool fans starting to question if Carroll fits with their style of play, many believe Carroll would have been happier to staying at his local club.