Hell of a Time for Next Blues Boss 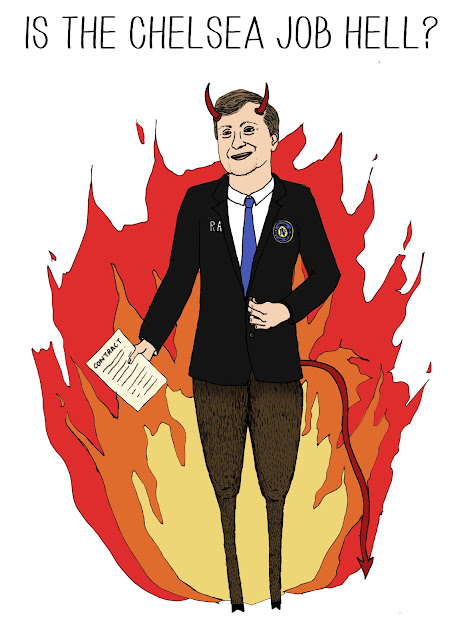 The next Chelsea manager chosen by Roman Abramovich will be signing a deal with the devil according to ex-blues-boss Luis Phelipe Scolari, who has stated the successor to Andre Villas Boas will have to go through hell at the club.

The dismissal of Villas Boas after only 256 days in charge means Abramovich is now searching for his eighth new manager since taking control at Stamford Bridge in 2003 and the revolving door management policy employed by the Russian has come under heavy criticism from a number of different sources.

Speaking about his former club, Scolari said: ‘England has clubs like Arsenal, where Arsène Wenger has been for several years, yet has won only two or three championships. Chelsea’s culture is very different, but this move is strange – although it’s not so strange to me because of what I went through there.’

‘Some things are known, like the relations with the owner, who has the relationship with some players before the coach. Villas-Boas was a champion and he will continue to be. He needed to replace at least seven or eight players, even since I was there, but he failed. It will be hell for whoever succeeds him.’

League Managers’ Association chief executive Richard Bevan has also condemned the sacking of Villas Boas stating: ‘What’s for sure is the club, despite unlimited wealth, haven’t yet worked out how to build a successful football club. Looking for what is an eighth manager in nine years is a serious embarrassment to the owner, the club, the fans and the league.’