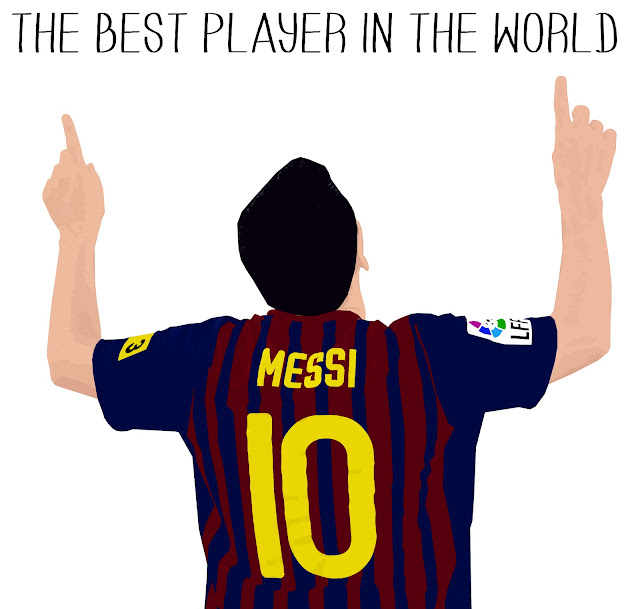 Lionel Messi’s recent breaking of the Barcelona all time scoring record has sparked debate as to whether the 24-year-old is the greatest player of all time.

Cesar Rodriguez’s scoring record for the Catalans had stood for more than half a century before being smashed by Messi last week, when he scored a hat-trick against Granada to become the most prolific scorer in Barcelona’s history.

The three time winner of the Ballon d’Or has been repeatedly compared with Pele, though his Barcelona team mates are convinced that Messi’s brilliance surpasses that of the Brazil Legend.

‘He’s the best in the world and he proves it on a daily basis. For me he is the best ever,’ said  Barcelona forward Isaac Cuenca.

‘He is the best player in history,’ added another teammate, Cesc Fabregas. ‘We have never seen anyone like him.’

Defender Gerard Pique agreed, stating that: ‘He’s the best player in the history of the sport. It’s a pleasure to be in the same generation as him.’

Barcelona coach Pep Guardiola believes that the goalscoring legacy Messi will leave may never be bettered, stating that: ‘I am sorry for those who want to dethrone him, but he is simply different from all the rest.’

‘Messi has entered the history of the club at just 24 years of age. If he continues like this in the coming years, he will score so many goals that he will never be surpassed.’