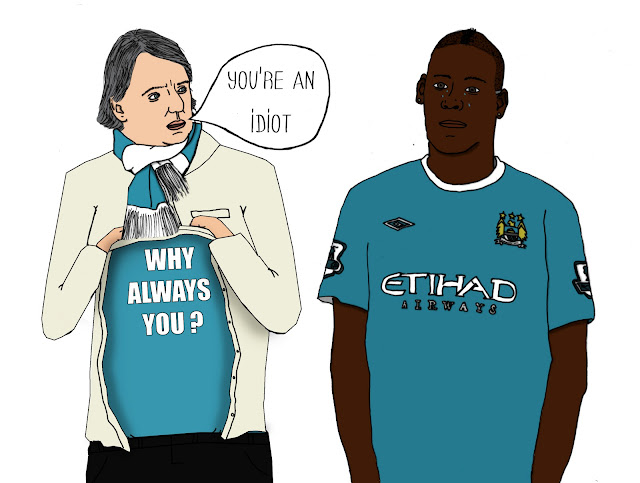 Joleon Lescott has spoken out in defence of bad boy striker Mario Balotelli, stating that the Italian is not to blame for the slump in form that has allowed title rivals Manchester United to pull five points clear of City at the top of the Premier League.

Some have cited the distractions caused by the indiscipline of City players such as Mario Balotelli and Carlos Tevez as reasons to why they have gone from trailblazing Premier League favourites to title underdogs once more.

But Lescott said: ‘I think it’s a bit harsh to solely lay the blame on Mario. He’s a young player and he’s going to make mistakes, and we all did at that age.’

‘Hopefully he is learning from them and when he plays he is going to give 100 per cent. Obviously he’s disappointed what happened with Arsenal but I am sure he’s learnt from that.’

Lescott also put a positive spin on the Carlos Tevez saga that has overshadowed City’s season stating that: ‘We’re not dwelling on the past. Who’s to say that if Carlos had stayed he wouldn’t have got injured and been out for the rest of the season? We’re just grateful now that he’s back and playing for Man City and scoring goals.’