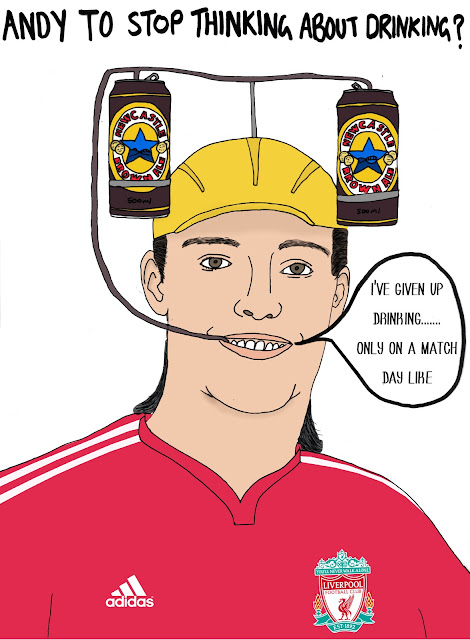 Andy Carroll has spoken of the drastic change of lifestyle he has undergone since his transfer to Liverpool, which has included cutting out the boozy nights out that he developed a reputation for during his time at Newcastle.

During his time as England manager Fabio Capello told the media that he had private words with Carroll regarding his alcohol intake stating that ‘Andy likes to drink beer’ and that ‘he needs to improve, to drink less.’

Speaking regarding his Anfield reformation Carroll said: ‘When I came here I changed my lifestyle and everything about it and settled down. I have my girlfriend Stacey with me and I love it here. I’m settled down now.’

‘I’ll go down the street and people will say to me, ‘Oh, you were in the boozer last week’, but it is just rumours going round. I laugh it off, really.’

‘All I do now after games is sit in the house with my girlfriend, chill out and watch movies. I’m on the Xbox or I’ll watch TV.’