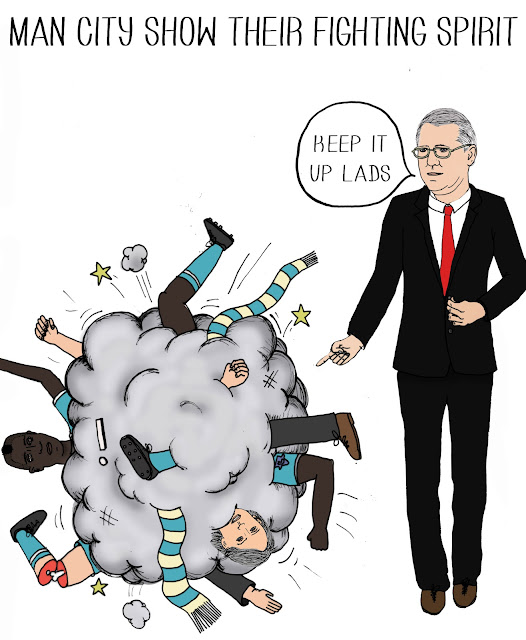 Manchester City look certain to finish in second place behind rivals Manchester United in the Premiership this season despite having led the table for 28 matches and the lack of discipline within Mancini’s squad must take much of the blame for the demise of their title bid.

The last few weeks of City’s campaign have been marred with on and off the field controversies which have proven costly whereas United have been relishing squeaky bum time by going on a run of eight consecutive wins in the Premiership to pull eight points clear at the top.

The ill discipline of players such as Carlos Tevez and Mario Balotelli has overshadowed what had looked to be a very promising season for City and Sir Alex Ferguson has spoken out of his intolerance of misbehaviour from his players and the benefits of unity within a team.

‘I wouldn’t allow it,’ he told The Observer. ‘There’s a distinction to be made between having your say on the pitch, like Peter Schmeichel used to do when he bawled out his defenders and squaring up to each other like the two players at Wolves did at the weekend.’

‘That can happen, particularly at the bottom of the league, because clubs who are struggling are under a lot of pressure and it is easy to understand players becoming frustrated.’

‘But really, if you don’t have unity you are not playing as a team. The demeanour of a team is important, you can judge it by the way they celebrate a goal.’